How did she behave when you first met?
Jenny was friendly and calm. She went on a walk with us and then we went back to Amie and Olli’s home. Jenny let us pet her, walked near us, and seemed mellow and well behaved toward us.

How much interaction have you had with Jenny?
We hung out with Jenny for about 2 hours. We interacted with her outside, in her foster home, and in small spaces (like an apt hallway and an elevator).

What do you think are her negative characteristics?
Due to her history, it seems that only in recent months during her time with her foster family, has Jenny had time for proper socialization with her people. She seems to be adjusting remarkably quickly. She may be more cautious of people than some other dogs who had earlier socialization.

What are her positive ones?
Jenny was sweet with us, responded positively to her foster parents, was food motivated (but not aggressive), and appeared to be loyal to her people. She walks really well on a loose leash and is responsive to the walker. She seems loving, curious, smart, and wise. At one point, Jenny independently came to Anna and rested her head in her lap.

Have you ever felt unsafe or scared around Jenny?
We did not ever feel unsafe or scared. We felt uncertain around Jenny (as we probably would meeting any large dog for the first time). Our uncertainty is really about us – we are just not used to large dogs – our last dog was about 30 lbs.

Has Jenny acted aggressively (growing, snapping, biting, etc.) towards you?
No, not at all.

Have you observed Jenny acted aggressively towards others?
There was one point in our walk when Jenny air snapped at Olli after he patted her near her tail. This did not appear to us to be aggression, but rather surprise. Jenny appeared to not like being touched unexpectedly from behind, which seems reasonable.

Do you think Jenny is a dangerous dog?
That’s difficult to say, but in our opinion, Jenny did not seem to be a dangerous dog. We think Jenny would do best in an adult-only home with people who are familiar with shepherd/spitz breeds and who like to go for long walks! If we were not planning to have children, we would not hesitate to bring her into our home.

Thank you for the opportunity to meet Jenny. We strongly believe she is adoptable and has a lot to offer to a new family. 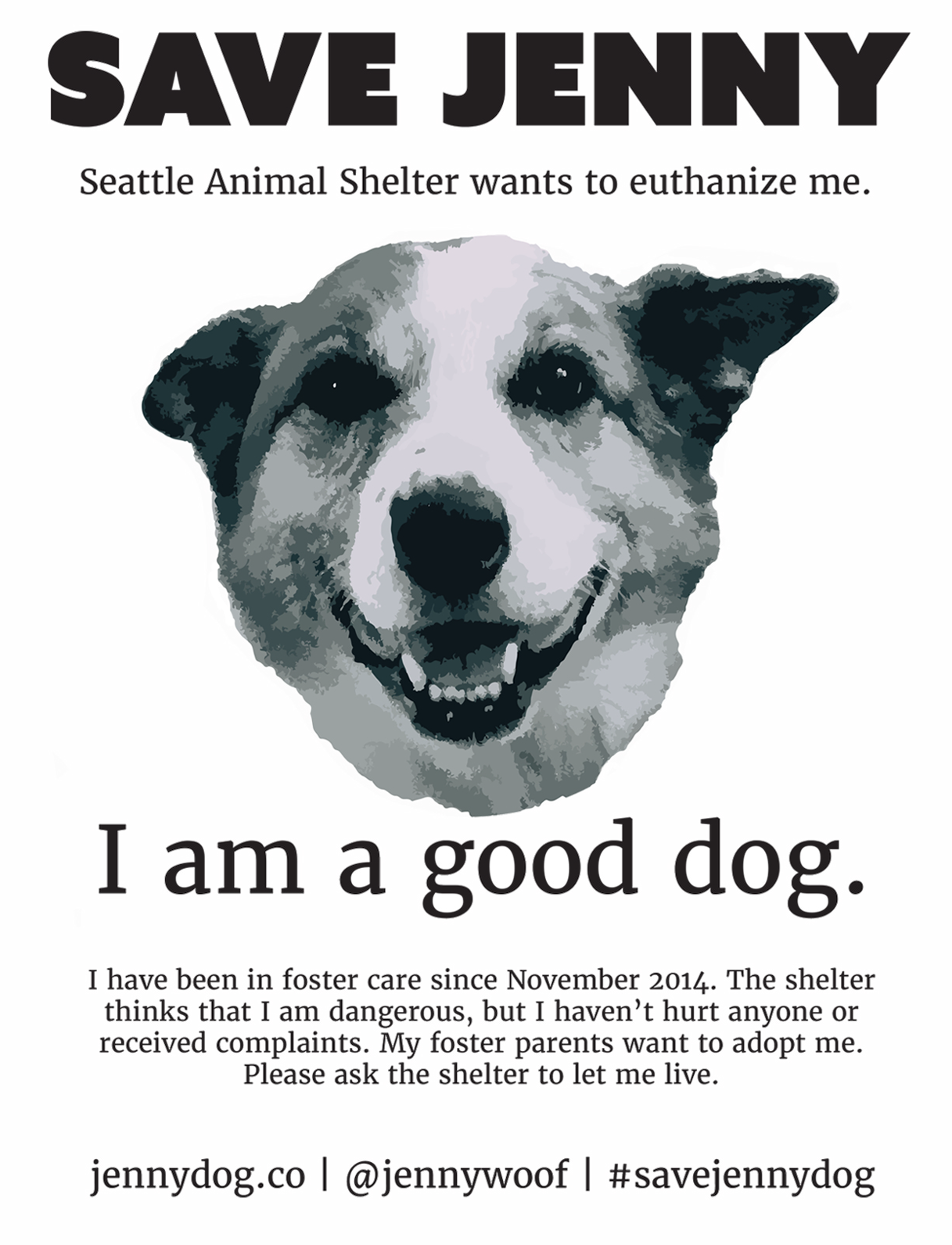